I have had several cars worked on by Bill and always enjoyed the experience. They will give you all the information needed to make an informed, realistic... Read More

The staff is courteous, knowledgeable, and reliable. They explained in everyday people terms exactly what was wrong and the options for those repairs. The cost was well worth the experience and labor performed. My suburban is running like new thanks to Allstate Transmission!!!! Thanks for an amazing customer experience!!!

The staff there was kind and courteous. Honest and dependable as well. I want to also add that Tina was very nice and Bill G. was extremely nice. I actually dozed off in the lobby there and Bill G came out and just chatted with me and told me that I could even change the TV channel. Wow!!! I really love watching TV. All-State will definitely be recommended by me and If needed will return my vehicles there for repairs... ALEX D. Wall.

What the dealership quoted as a 4k repair, Allstate did not find that to be the problem at all. They located the ACTUAL issue which was about $500. Tina was an absolute joy to work with as well! Thank you so much.

Great! Awesome, Honest and really saved me a lot of money! Thank you!!

Mr. Bobby Campbell communicated with me so well and did an excellent job with my car.

Excellent experience at Allstate Transmissions. Bobby was the point of contact- he was very informative, communicated with the insurance company and they had the car ready (complete transmission rebuild) in MUCH less time than I was expecting. Highly recommend!

I bought a car through a car auction, and it was only after i had paid for it that i got to drive it to see the acceleration of the vehicle. it was obvious that some work needed to be done on it, so I took it to a dealership as well as a garage that a friend of mine referred to me. Both of those locations told me of the same two issues: oxygen sensor and catalytic converter. Both places quoted me exorbitant amounts that i would not be able to pay for on just one pay check. I would need to be able to have an agreement where i could spread out the cost over two or three months since i only get paid once a month. That's how i first found Allstate Transmissions because on their website it was advertised that they did financing for repairs. So I called and Bobby was the first person that I spoke to. I told him what the other garages were saying and what they quoted me on price. He said that what they were charging was easily $500-600 too much and that he told me what else could be done with the same amount of money the other places were quoting me on. He paid for my car to be towed to Allstate so long as i did the repairs there and reconfirmed that he would work with me about spreading the cost over two paychecks as opposed to one. What really caught me off guard was Bobby called me after looking at the car and saying that the catalytic converter wasn't the problem at all but rather a computer issue which cost significantly less than replacing the catalytic converter. So with the saved money from the correct diagnosis of the car, I was able to replace a few other things on the vehicle. And just as Bobby had said before, i ended up paying $500-$600 less than what the other places quoted me on. Living in McKinney, I went to Desoto to pick up the car this morning, and drove back to my house without any of the issues that plagued me before seeing Bobby and going to Allstate Transmissions. It was well worth my time and money to go, and I know who I will be seeing for my repairs as well as who I will suggest people see even though I live an hour away. Lastly, I just wanted to say thank you Bobby. Your help and treatment of me was first class. 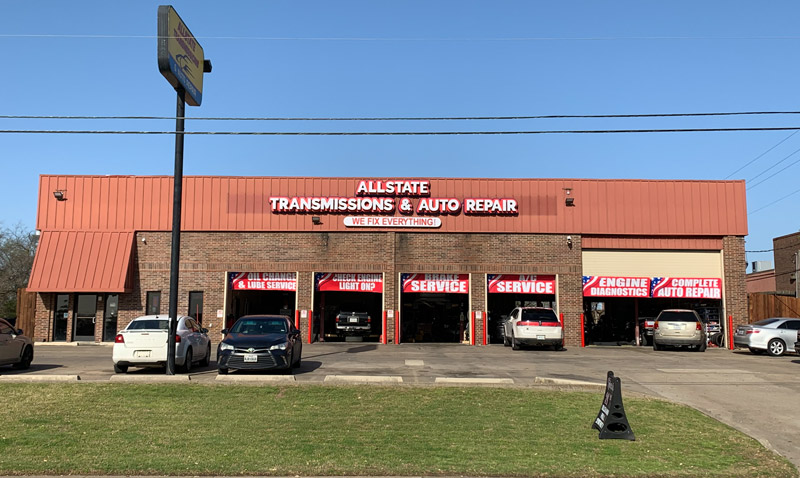 Family owned & Operated in The Same Location over 30 Years

The Cabaj family has owned and operated the Desoto location since 1984. In 1979 Bill along with his Dad Bill Sr. and mom Rose began operations in Dallas. Today Bill is the operations manager and president of the company.